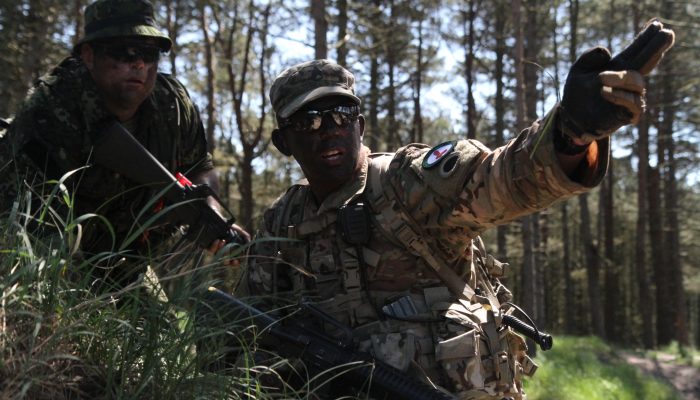 “Fighting from a trench position is a real challenge because you have to stand up and instantly find and engage your targets. We took the time to sketch our tables of fire so everyone on the line knew what section of the field they were responsible for covering. I really learned a lot and enjoyed this training portion,” said Spc. Kenneth Cockrel, an infantryman with the 1-125th.

“I like to take the time with my guys to make sure they really understand their roles and tables of fire when we do events like these. Every member of my team sketched a sector of fire so they understood what section of the field they were responsible for defending which really benefitted us when we were defending the positions in the trenches,” said Sgt. Dale Blackmer, an infantry team leader with the Saginaw-based 1-125th.

More information on this training session and others the 1-125th Soldiers are experiencing in Denmark will be posted on the Michigan National Guard website, www.minationalguard.com.