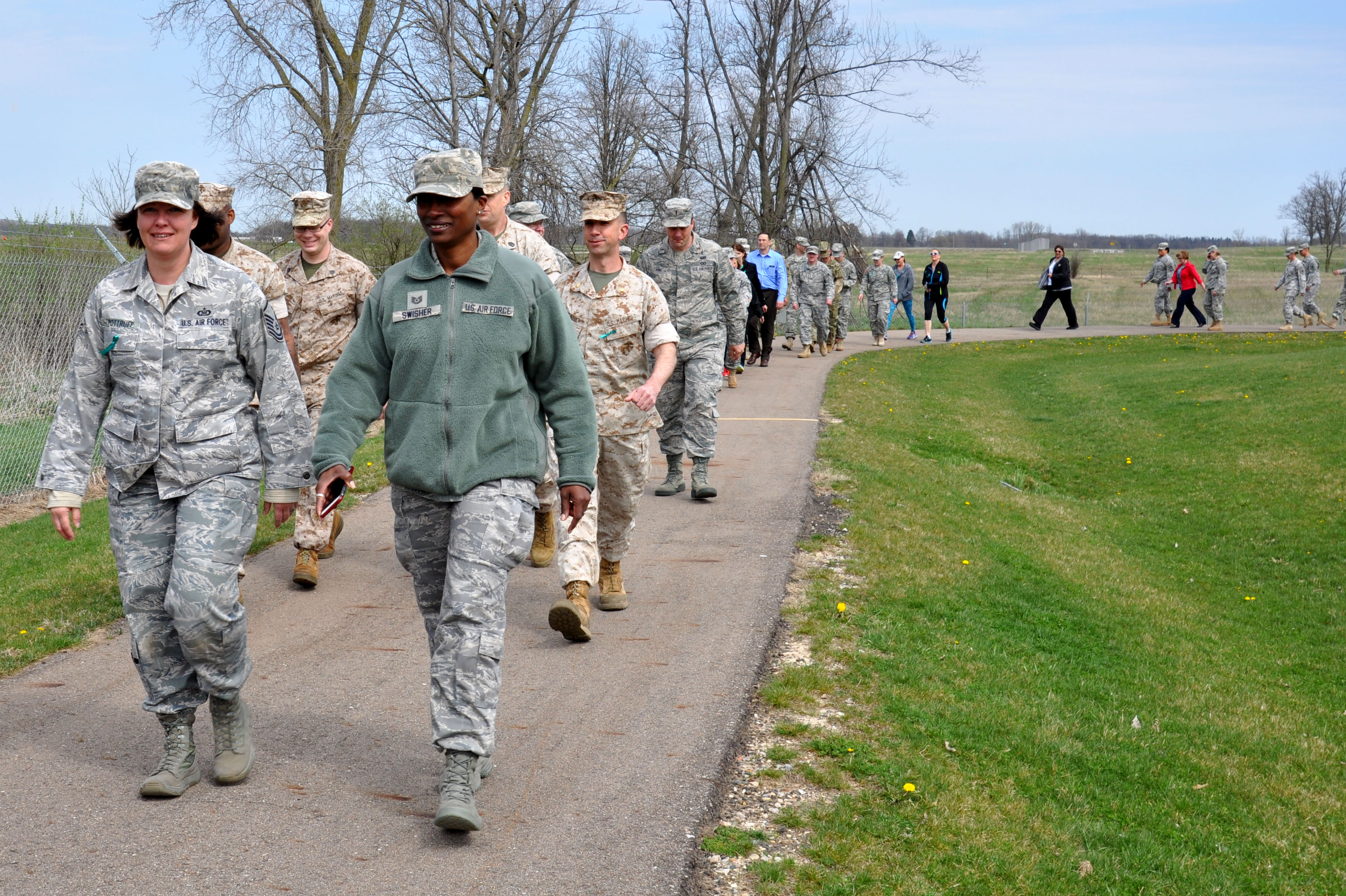 April is sexual assault awareness month, and the Michigan National Guard hosted a “Walk a Mile” event to raise awareness. Service members from the Army, Air Force and Marines, along with civilians, met at the Joint Forces Headquarters, April 20, 2016 to participate in the walk, which took place on a one-mile track on the JFHQ campus.

The purpose of the “Walk a Mile” event was to raise awareness in the fight to end sexual assault, harassment and violence.

“It’s important that we raise awareness and show our training capabilities,” stated Chief Warrant Officer Three Linda Legg-Teeple the Sexual Assault Response Coordinator for the state of Michigan. “We are here to support, train and have a little fun.”

This year’s event is the first annual “Walk a Mile” that will be held at the headquarters. More than 60 people participated in the walk.

“Events like this are done all over the United States and the world. Coincidentally, the Detroit Light Guard Armory held a ‘Walk a Mile’ at the same time” Legg-Teeple added.

The message for this month is simple, “Know your part, Do your part.” We all play a pivotal role in ending sexual assault and events like the “Walk a Mile” gives us the tools to recognize what our part is, and the courage to do our part.