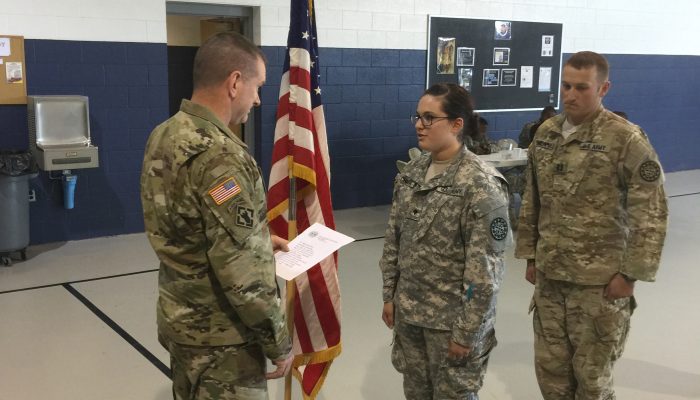 In addition to the six years she has already completed with HHC, she committed to serve her state and nation for two more years.

Chapman is currently a human resource specialist in the engineer battalion.

She was awarded a battalion coin and a command chief warrant officer coin at her re-enlistment ceremony.

When not performing Soldier duties for HHC, Chapman is a respiratory technician at Metron of Greenville, Michigan.

She earned an associate degree in respiratory care at Ferris State University in 2013 and is currently pursuing a bachelor’s degree in Health Care Administration at Kaplan University.

Chapman is the daughter of Ronnie Chapman, of Kalamazoo, and Annie Chapman of Otsego. Her parents now reside in Grand Junction, Michigan.