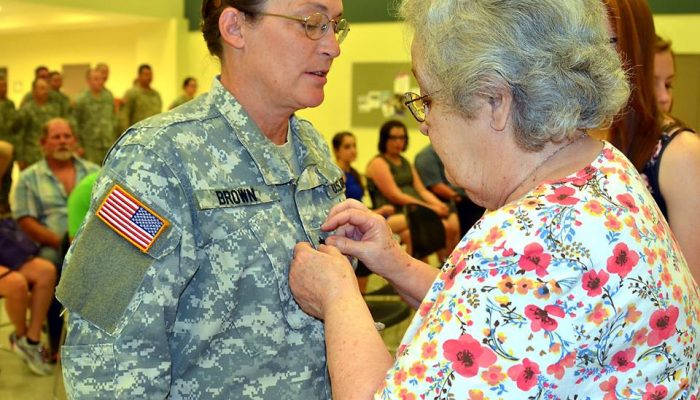 Brown enlisted in the military in 1986. She graduated from the Michigan Military Academy in 1992, earning her commission. Brown mobilized as a signal officer to support Operation Noble Eagle following the 9/11 attacks. She also mobilized to assist with disaster relief efforts following Hurricane Katrina.

In her civilian career, Brown works as a senior nuclear instructor at DTE Energy.
Her children include: Emma, Hannah and Phoebe and she is the daughter of Emma Brown, also of Blissfield.

Brown has received numerous awards throughout her career thus far including three Army Commendation Medals, an Army Achievement Medal, and a Humanitarian Service Ribbon, among others.